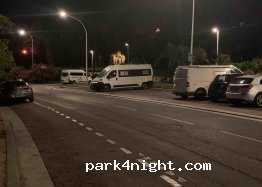 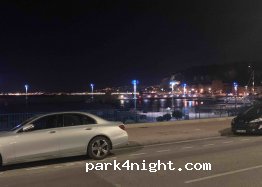 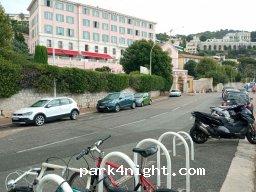 on 25 08 2020
We stayed here two days in a trip to Italy, with no problems, on the return we stayed here one more night. We just got out of the van for 2hour and someone robbed the van (18h to 20h). They entered by the back door, and smashed the lock. They took something’s of value. We called the police by the number of 112. The police hangs-off the phone saying that a robbery is not a emergency and they didn’t give any support. A local Passing by called the police of Nice, helping us, and they came 30min after, but not a five star treatment, but far better than the other phone call. If they detect you are not French you won’t get a good treatment. Ivan speak good French, but globally the police was fair. We had insurance but the assault may cost 2000euros. Only this night 3 autocaravan’s were robbed in Nice, said the Police (18/08/2020). Nice city look’s like the capital of caravan robbers in France. If you park here don’t leave the van alone, police passes once in a wile, but all city has strange movement’s.

on 8 08 2020
During the day you have to pay 2.60euros for 2hour, and the max is 2hour. So always running to put the coin. During night it is free, but at Friday and Saturday a lot of noise of parties on the park behind. The night is free parking. The beach in front and bike racks to park the bike. It is a normal place to park, not a good one.

on 28 12 2019
It Is free parking but near Road, no serveces. good for camper if you don't find(It Is difficult to find) something better. It Is too far from center by feet if you are not used to walk.

on 18 11 2019
Wanted to stay overnight but changed mind due to traffic and approaching airplanes. Be aware that Nice had a ton of narrow streets and erratic traffic. 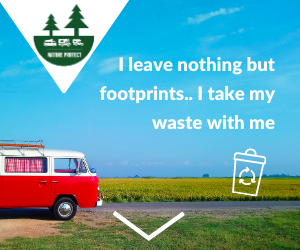 (06300) Nice, Quai de la Douane
Parking right next to the harbor and close to the city. Convenient to spend a night...
2